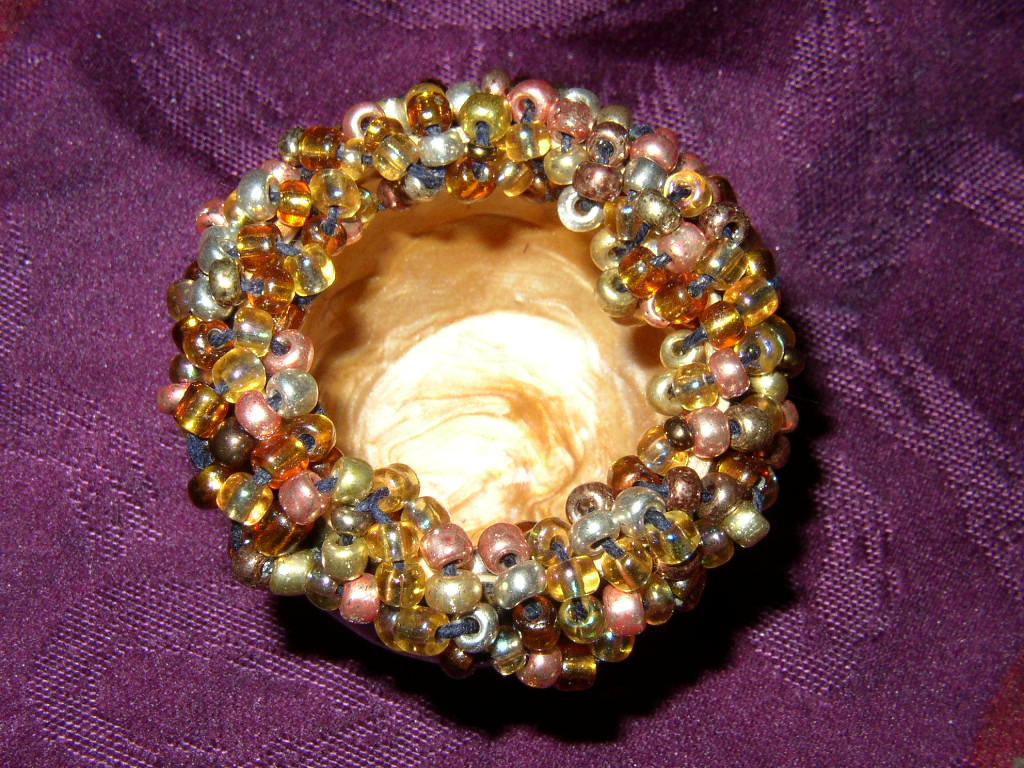 I started this post early in December. That’s when I discovered I couldn’t upload photos. Since this post pretty much requires photos I had to do something. So I entered Update Hell.  It didn’t work! After another round of updates, troubleshooting and general aggravation I took drastic action. I changed web hosts.  Not just for this blog, for everything. (I must be completely nuts!)

I am celebrating the success of getting this blog running and looking right (and being able to upload photos) with a cocktail.  That ought to set me up just about right for getting the first of my business websites uploaded.

Now – where was I?  Oh yeah, early December.

One of the networking groups that I am a member of (EBWN) held its second annual Holiday Trade Show in early in December.  In the hopes of generating some spending money, I finished a few little crafts projects that had been cluttering up my work spaces for the last several months.

I usually have at least one basket-like object in process somewhere around my chair.  Right now, there are two on the table; one small twined basket, and one pine needle wine caddy.  In the supplies bin on the floor next to me are a few more partially finished started projects that I am arguing with.  Some of them promise to be large and others insist on being small.  They adamantly resist my plans for shapes. Apparently at least one of them is unhappy with my color choices and refuses to budge until I make some changes. You would think, as the one who is running the show here, I would have more say in which will be which, but that isn’t the way it works.

Except for mini-gourd  vessels. They will give me grief about the rim details but at least we don’t wrangle about size. They have to stay small. If I try to get too ambitious, they just roll over and play dead. The smallest one of these, the one with the green rim, is just a tiny bit bigger around than a quarter. The largest (red rim and feathers) is about the girth of a silver dollar.

Alas, they all came home from the Holiday Trade Show.  No sale.  But that worked out OK too because then they became gift fodder.  The purple one went to a friend who surprised me with a flamingo tree ornament. She has a purple living room. Now she has a tiny purple dust catcher tchochke to match.   I know I gifted another one but I can’t remember which one, or to whom. (Is it the cocktail or my menopausal memory?)

Now that I have this website working, I’m going to go recharge my glass  and tackle getting KerrySigns.com back on line.  Friends don’t let friends build websites drunk, but no one is here to stop  me – hahahahhhaaaaa!