Did Something Die In Here? 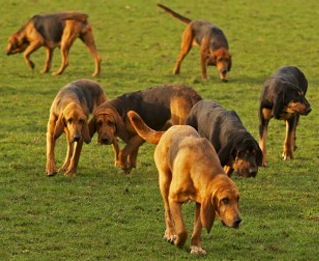 I know it's here somewhere!

Have you ever found yourself trying to track down an odor?  That was me starting about a week ago. As I walked from the living room toward to bathroom I detected .  . .  something. Something not pleasant.

Sniff . . . sniff, did something die in here?  It was faint and seemed to be confined to a very small area.

I checked the closet for the unfortunate remains of some rodent. Nope, nothing there, not even the smell. So I convinced myself it was something just drifting through.

Next day,  late in the afternoon there it was again. A little stronger this time.  More sniffing around, checking the nooks and crannies, around furniture, under the table.  Thinking maybe one of us dropped a crab shell after dinner a few days ago.  No sign of a source.

Am I having olfactory hallucinations?

Could it be a brain tumor?

What the hell is that smell!?!

This went on for about 5 days, with the odor growing a little stronger each day, but only in the afternoons. I even checked the downstairs to see if the neighbor’s cat had chosen my stored furniture as a good place to curl up and die.  And if he did, can we just move and leave everything behind, because I REALLY don’t want to deal with it.  No – no odor downstairs.

Finally one afternoon as I was sniffing the dining chair cushions, my husband asked me what I was doing. After I explained, he came around and gave the area a good sniff. That set him to searching too.

He started taking the kitchen apart; moving the microwave and checking behind the canisters as I, once again, sniffed my way along the counter.  Not the tea kettle. Not the candle stick. Nothing under the coasters (I’m getting desperate now).

Then, as my nose passed over what I thought was an empty canister . . . Agghhhhh! That’s it! (Gag) But what is it?

A note to you home baked bread aficionados out there. Consider keeping your live sour dough starter in the refrigerator during warm weather.  Or at least remember you have one happily fermenting away in the heat. Ours was working so vigorously it was trying to escape. Making a good job of it too.

How can something that smells so foul make bread that tastes so good?