Moving – It’s Not for Sissies 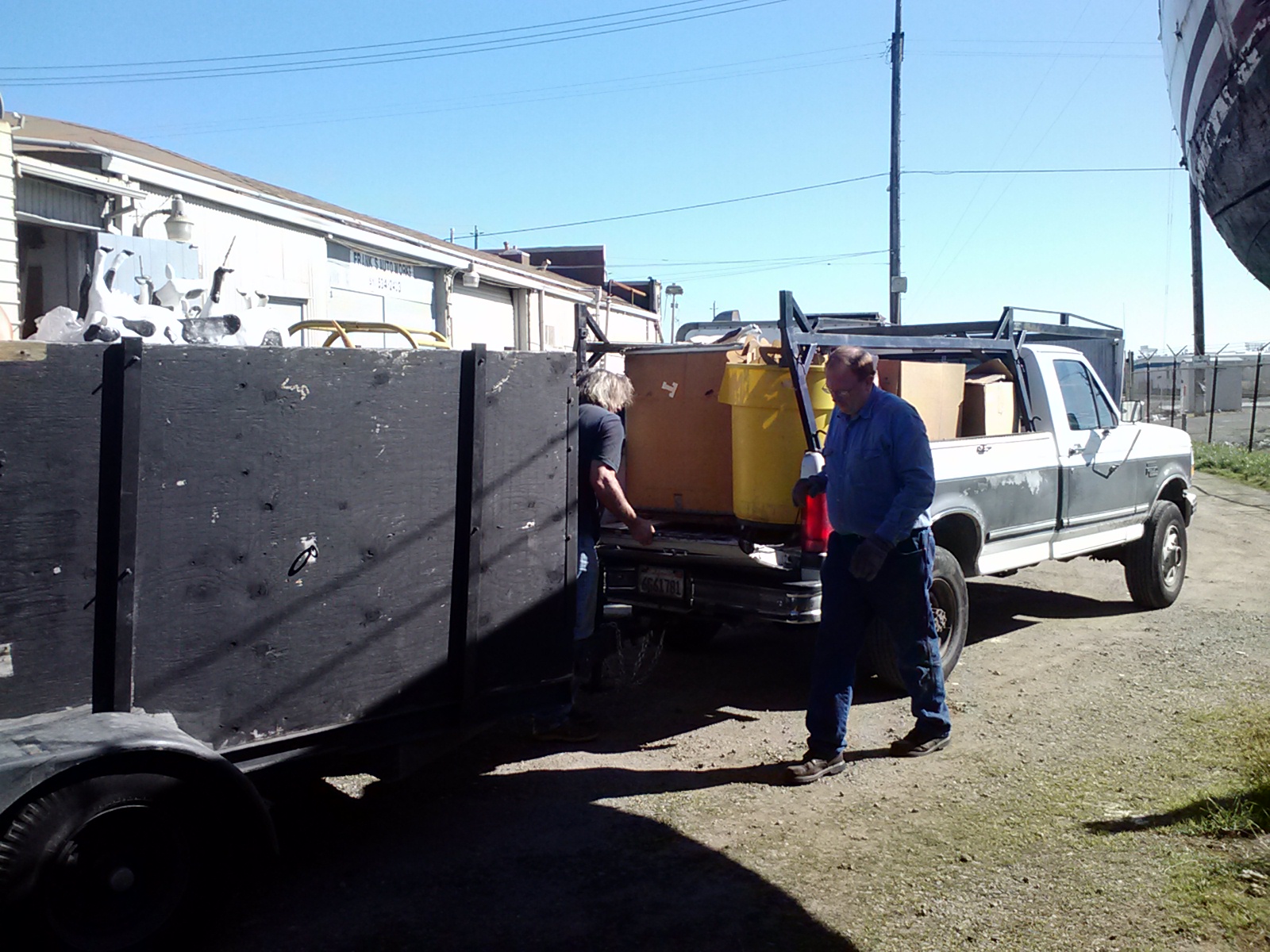 Bye bye birdies, and cows, and bears and all the other critters

I decided it was time to make a few changes. So, not being one to do things by halves, I dropped a bomb into my life and changed almost everything. All at once.

It has been a mad couple of months. First I tried to sell one of my businesses. When that didn’t work I found someone else in a similar business and convinced him it would be a great idea if he rented a storage unit and took all of my inventory. I forwarded the phone to him, directed the email to him and will be transferring the website to him. One business down.

The sign business had been pretty slow so closing it down seemed pretty easy. One big double panel sign to finish and a boat to letter and all orders would be done. Now I’m trying to figure out how to continue doing some of the work without having a shop to do it in. If you know anyone in the Vallejo area who does a little wood working on the side I’d love an introduction.

It took from just after Christmas until February 1 to find a new place to live. One with low enough rent that would take a big dog. During that time I became an expert on identifying Craigslist rental scam ads. A little something new for the resume. Turns out if you have a big dog and want to stay close to Oakland you’re going to have to buy a house or find your rental in Vallejo, Fairfield or Antioch. Buying wasn’t an option. Fairfield is too far and Antioch is too hot. So we are in Vallejo

We spent the first night in the new place on February 9th. Today is April 16 and I still have a couple of boxes in the van that need to be brought in and unpacked. Obviously nothing critical for day to day survival. Maybe if I let it all marinate a little longer I can unload them directly into the dumpster.

I hauled stuff from Oakland to Vallejo almost every day from February 1st until well into March. The spousal unit stayed in Vallejo sorting, organizing and unpacking what he could. A dear friend (I had no idea how dear until this move) did all the heavy lifting and then spend untold hours dealing with the mountains of stuff we left behind.  If it wasn’t for him I’d still be hauling loads instead of just storing the last one in the van. (Thank you Terry. It will take an ocean of wine to repay you.)

We’re home now, happy and mostly settled in. New adventures are in store and some not-so-old adventures to share now that I’m back to the keyboard.